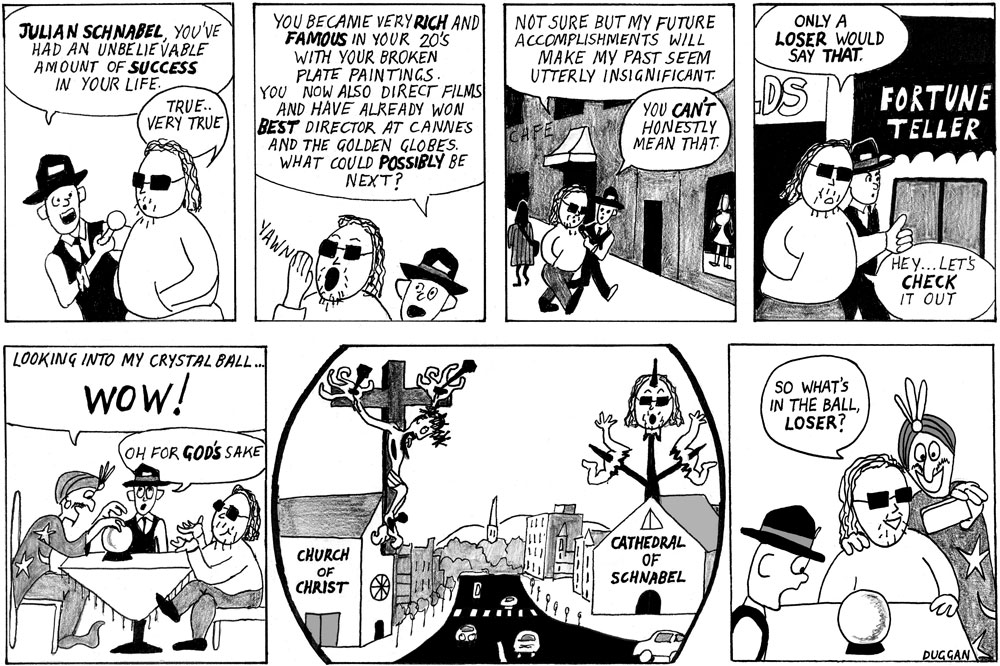 I once read a list in a newspaper which listed 100 occupations in order of their social status. High Court judge was number one. I was a garbageman at the time and came in at 99 – just above prostitute. I was on my way. But I bet a messiah has more social cache at a dinner party than even a High Court judge. Founder of a world-wide religion is pretty much top of the status food chain and Schnabel, a man of famous ambition and ego, could well decide to have a shot at it.

Has it’s downsides though. Trying to explain to my young daughter that the man hammered into wooden planks on the wall of a church was actually that cute Christmas-time baby all grown up brought home the weirdness of having these effigies of torture on public display.

The third film Schnabel directed, The Diving Bell and the Butterfly, did indeed win Best Director awards at Cannes and the Golden Globes. His first film, Basquiat, was about the short, meteoric life of Shnabel’s contemporary in the 80’s New York art scene, Jean-Michel Basquiat. You could tell it was his first movie though. He committed the cardinal screenplay sin of having a character with no flaws (an artist called Albert Milo, played by Gary Oldman, representing Schnabel himself). Novice mistake.