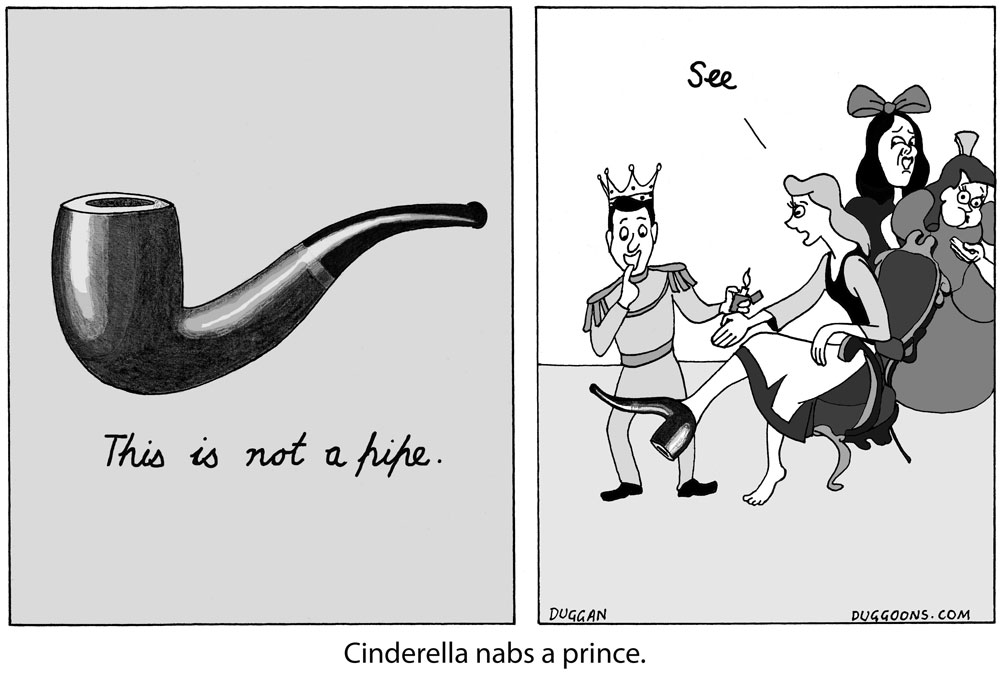 Cinderella’s life story is a  true rags to riches fairytale. She went from nothing to ultimately marrying the most desirable man in the kingdom. Prince Charming was ridiculously good looking – a fortunate genetic accident that partially compensated for his extreme stupidity. By asking every single woman in the kingdom to suck on the end of a shoe while he tried to light the heel, he managed to infect them all with a rare colon disease, the only known cause of which is the ingestion of horse dung. Within six months every single woman in the kingdom, with the exception of Cinderella, had died an agonising death. Indicted by The Hague on charges of crimes against humanity, Prince Charming desperately tried to flee to countries without extradition treaties to the International Criminal Court. This didn’t happen because he kept ticking the yes box on the visa forms to the question “Have you ever been charged with crimes against humanity?”. He was sentenced to life imprisonment.  Cinderella had the marriage annulled and immediately became the most desirable (and only) single woman in the kingdom. Of her thousands of suitors she fell “head over heels in love” with a 74 year old billionaire with lucrative business interests in coal mining, rainforest logging, and banking. She lived happily ever after. No more treading in horse shit for her.

The painting in the first panel is Rene Magritte’s famous ode on the nature of painting “The Treachery of Images”. Under a very realistic painting of a pipe are the words “Ceci n’est pas une pipe”, French for “This is not a pipe”. It makes the point that this is just a representation of a pipe, not a real pipe. I could have told him that before he started.
Leave a Reply Cancel reply