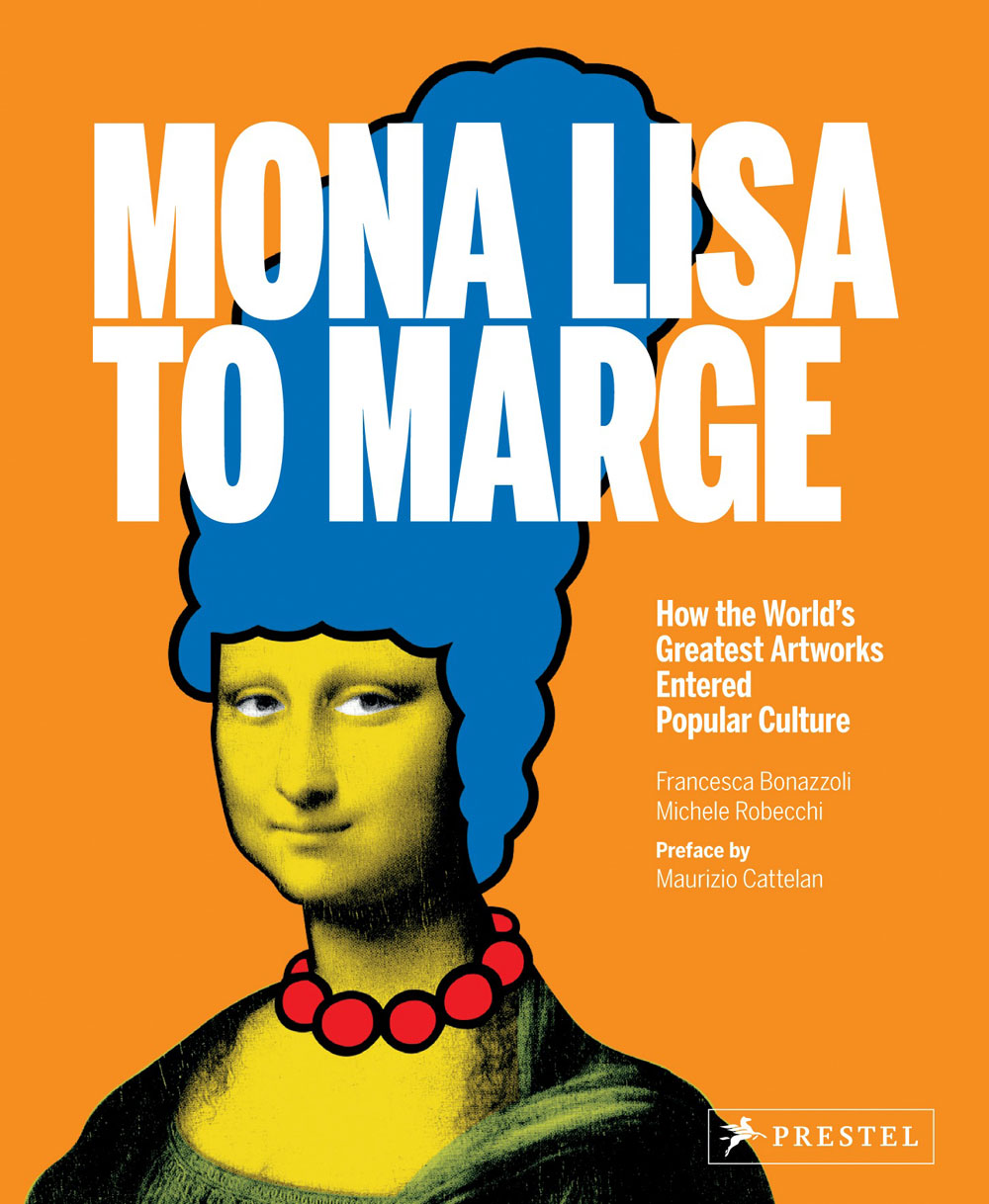 One of my artoons (this one) has just been published in a terrific new book by Prestel – “Mona Lisa to Marge: How the World’s Greatest Artworks Entered Popular Culture”. Originally published by the very classy Lazy Dog Press in Milan, it has a preface by the Italian artist Maurizio Cattelan, he of La Nona Ora (The Ninth Hour) fame. I feel honoured.

This is what you’ll find…

This highly entertaining exploration of art, history, and commerce reveals how 30 masterpieces made the journey from image to icon. How did paintings such as the Mona Lisa, Birth of Venus, and The Scream achieve worldwide recognition? Why do certain works of art populate T-shirts, coffee mugs, calendars, and advertising? Witty and well researched, this accessible exploration of visual and popular culture reveals how particular works of art have become part of the collective imagination. Readers will learn that Myron s Discobolus only became widely known when the sculpture was used to promote the Olympics, that the success of Leonardo s Last Supper is due to the fact that it was one of the first paintings to be mass-reproduced, that the Mona Lisa became a celebrity only after being stolen from the Louvre, and that Girl with a Pearl Earring was deemed a minor Vermeer until it became the subject of a bestselling novel. Ranging from the classical to the contemporary, travelling through the Renaissance, Impressionism, Surrealism, and abstraction, Mona Lisa to Marge offers insights that are in turn thought provoking, irreverent, and surprising. Generously illustrated, the book features the original artworks as well as the cartoons, ads, book and album covers, and everyday objects they inspired. The book will open readers eyes to the artistic images that have become universal touchstones and the fascinating stories of how and why they got there.

Available in all good book shops.

But since they have all closed down due to the pernicious influence of the internet, you can buy it on the internet. Try Amazon.