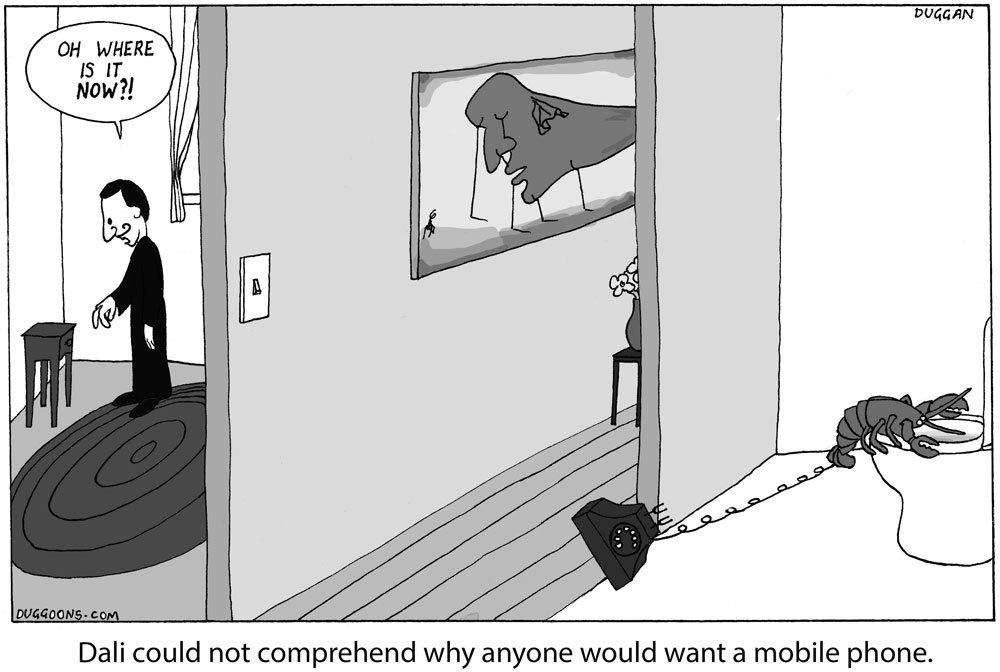 I bet you didn’t realise that Salvador Dali’s Lobster Telephone is a sexually charged object. The crustacean’s tail, where its sexual parts are located, is placed directly over the mouthpiece. Ooooo. Lobsters held erotic overtones for Dali. This seems very weird, but it is not as uncommon as you might think. Most people like lobster. However a recent Royal Commission into Fine Dining revealed that several unscrupulous Michelin starred chefs were secretly adding small quantities of eroticism to their lobster dishes. This moral decay at the heart of the food industry has leaked out even into home cooking. An unaired episode of the Great British Bake Off showed an ambitious contestant adding a full dollop of eroticism to his lobster soufflé. At the judges’ tasting Mary Berry refused to release the spoon from her mouth. Immediately sensing danger, the quick-thinking Paul Hollywood gallantly punched her in the face, locked her in a full Nelson and hung on as she descended into full-blown lasciviousness, frantically clawing at his trousers.

After the judges deliberations, and despite Paul Hollywood’s protestations, the contestant was put through to the next round.

I have no idea why Dali decided to make a telephone out of a lobster though. It’s such a crazy idea.

That Dali. Such a surrealist. Such a luddite.